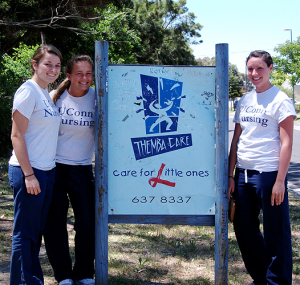 For students interested in nursing, UCONN is fantastic because it is not only a great nursing school but it might be the best value for students who hope to work in one of Connecticut’s many hospitals after college. My wife, a college professor, recently spoke with several nursing applicants who had the grades, the interest in nursing, and the activities to gain admission to UCONN. They were not admitted for one single reason: their SAT/ACT test scores were not high enough.

We have no interest in debating the merits of using the SAT or ACT for admission but I do have a significant interest in helping our students gain admission to colleges of their choice.

Parents are deluged by an overwhelming amount of information during the college process. Some of the information is true – there are test-optional colleges – but some of that information might be irrelevant to your child’s goals.

In relation to one of the aforementioned would-be UCONN nursing students, the mother called me up in tears: “I didn’t get her [daughter] prepared for the SAT because several mothers who I trusted told me her grades would be enough to gain admission to UCONN. Now, we are looking at private nursing schools that are not as good and cost twice as much.”